The underground mausoleum Kyok-Tash (Kök-Tash) situated in Kochkor region, Kyrgyzstan. The mausoleum was accidentally discovered by local residents in 1988, during the construction of the silage pit. Since then it was looted several times, as a result of which the mausoleum’s dome and parts of the wall were destroyed. The mausoleum consists of two chambers: one of them is a small and rectangular and another one is big and square. The walls of the chambers are oriented in the cardinal directions. The mausoleum was built by square fired bricks using clay cement. Rectangular bricks were also used, apparently, to maintain the bonds between the brick rows. On the basis of analysis of its structure, squinch, burial box and building materials, taking into account the results of radiocarbon dating, it is safe to say that the mausoleum was built between XI and XIII cc. The more precise dating will be suggested after the completion of the excavations and additional studies. The monument is a first known underground two-chamber mausoleum in the territory of Kyrgyzstan. It is also unique for embodying both archaic and novel architectural-archaeological features and for nephrite plates, which were discovered in the second chamber. 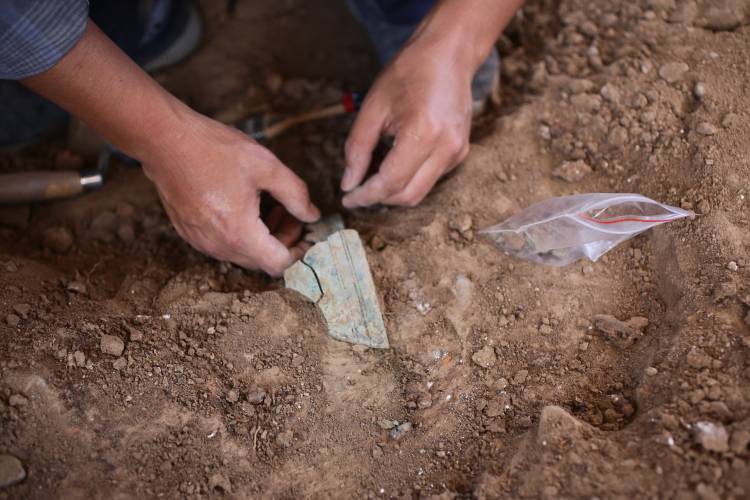 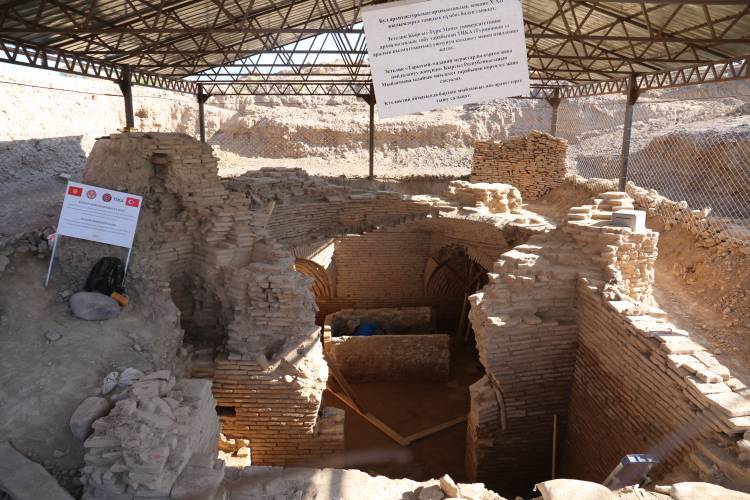